Does art reveal the truth about reality or does it dangerously delude it? This question can be traced back to Plato’s well-known critique of art, the notion of mimesis, which states that art cannot represent reality and is merely a copy or an illusion of the world reflected in the mirror. What does art show us — a candid representation of reality or a candied delusion that controls and shapes pictures about ourselves and the world? The artists represented in the exhibition [kaendid] do not give a straightforward answer to this question, but rather they play with hypotheses admitting that reality cannot exist without illusion.

Self-Portrait (2018) by Götz Schramm raises the question of the possibility for genuine self-representation in the epoch of selfies and photos in social media, which distort rather than represent reality and make us forget who we really are. If Self-Portrait (2018) challenges the creation and representation of one’s persona, the painting Privates muss Politisch sein (2018) questions the basis of our social and political life that structures our day-to-day reality. Here, Schramm uses a well-known silhouette of Marianne, a symbol of liberty from the prominent painting Liberty Leading the People (1830) by Eugène Delacroix. Such a symbol is intended to convey the tragedy of contemporary politics and the way in which politicians follow corrupted interests by using dehumanizing means under the aegis of democratic values. In this painting, Marianne changes color depending on the position of the viewer — in effect, depicting a two-faced political rhetoric that, in reality, is never what it seems.

In her work ∆/𝛿 (delta/delta), Emma Adler explores different levels of reality and the varying ways one is exposed to illusion. Inspired by conspiracy tropes, and especially by the theory Project Blue Beam, Adler investigates how the followers of conspiracy theories transform reality into an artificially created illusion through their rhetoric, as they assume that certain natural phenomena are fake and created by the government or powerful shadow groups in order to control the minds of the people. Although such a theory would seem bizarre to many, Adler proves with her witty artwork that things can indeed not be what they seem. While reconstructing the conspiracy theory on spot, she surrounds her installation with seemingly authentic objects that in fact are just fakes.

The artwork by Lukasz Furs brings us back to the fundamental question of what we see when we look at art. The grand installation Appetite for Failure (2018) puzzles the viewer and plays with one’s imagination regarding the nature of the artwork: where does it start and end, and is the overwhelming wall a part of the artwork that we, too, should perceive as important and economically valuable? Furs challenges both the reality of the artwork and the reality of the viewer, in particular by giving the latter an active role in constructing art’s reality on the spot, as the artwork comes into existence only in the moment of the viewer’s engagement.

LUKASZ FURS (born 1983 in Tuchola, Poland) graduated with degrees in Painting and Sculpture from the University of Fine Arts in Hamburg, studying under Anselm Reyle and Gereon. From 2011-2012, Furs worked as a co-curator of the gallery HFBK and most recently founded the art collective Trockenbau&Konzeptkunst.” Furs lives and works in Berlin.

GÖTZ SCHRAMM (born 1983 in Potsdam, Germany) graduated from the Berlin Weißensee School of Art where he studied Fine Arts under Else Gabriel. In 2016, Schramm founded the art-collective “Sorgen International” and became a member of the art-collective “Algoist.” Schramm lives and works in Berlin and Frankfurt am Main.

EMMA ADLER (born 1980 in Besch, Germany) studied at the Saarbücken Academy of Fine Arts and at the Berlin Weißensee School of Art. She has received several prestigious fellowships such as the Elsa Neumann Fellowship (2016), the Bernhard Heiliger Fellowship (2017), as well as the residence scholarship in New York from the Künstlerhaus Schloss Balmoral. Adler is a member of the art-collective “Sorgen International”. She lives and works in Berlin. 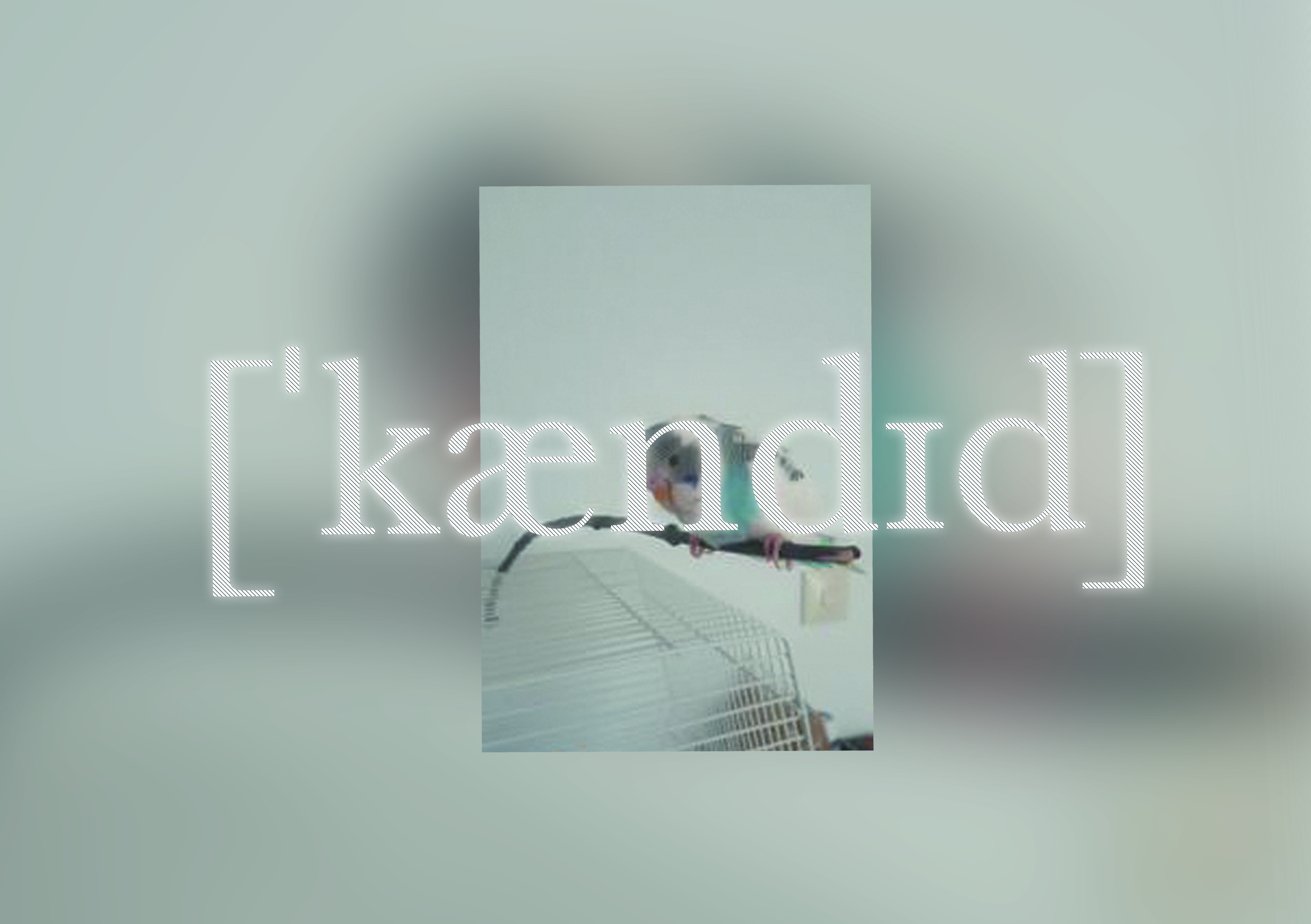 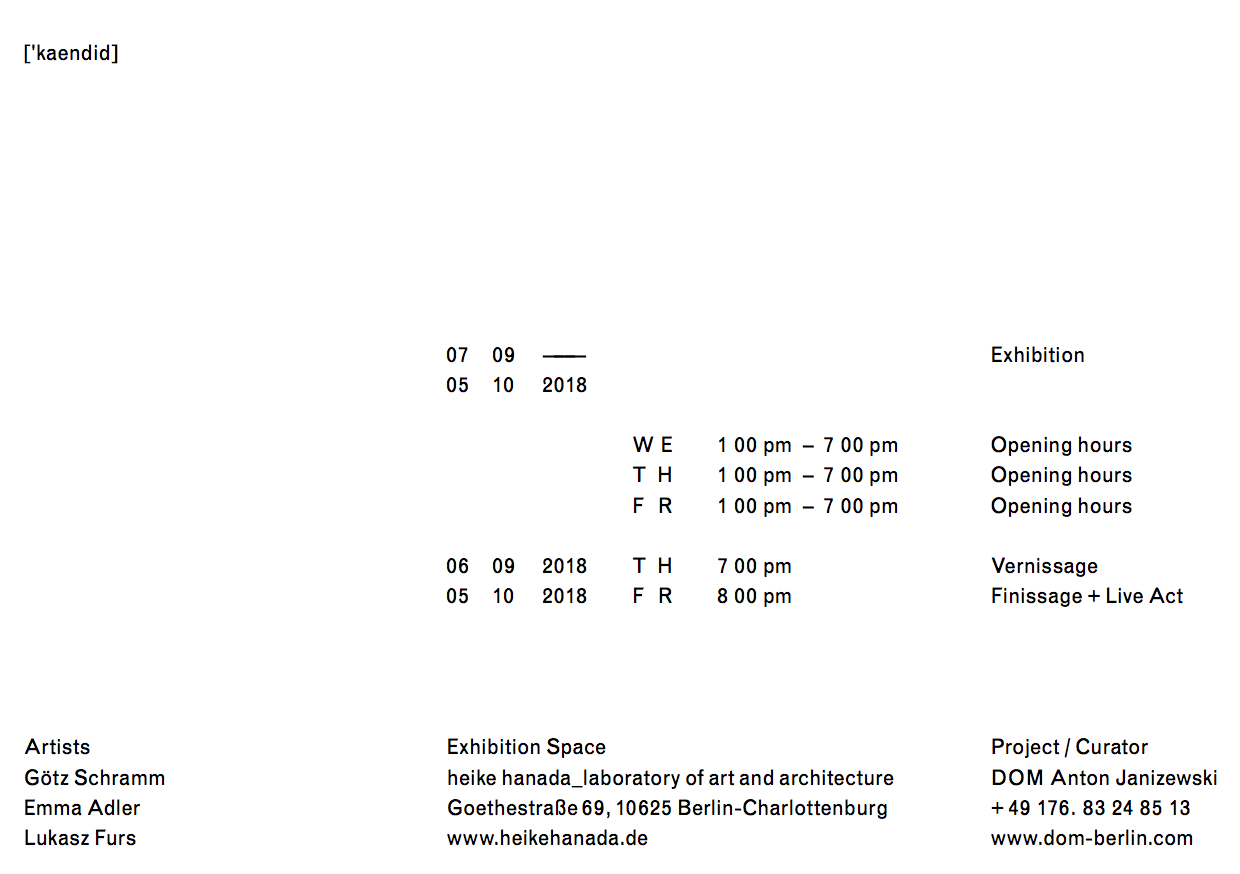 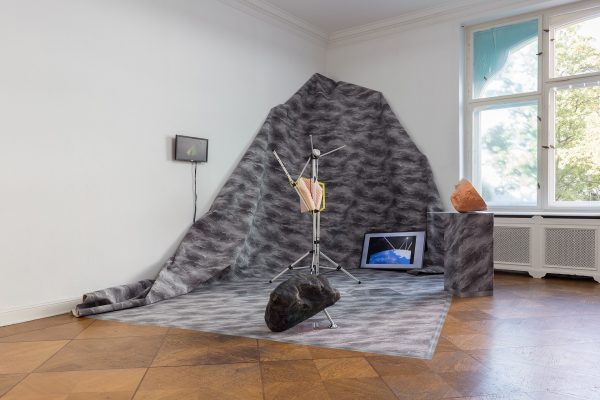 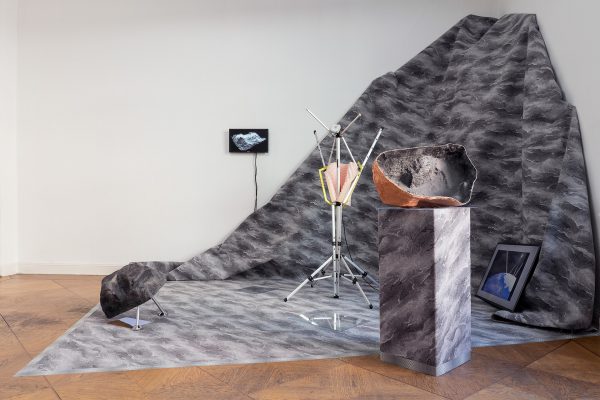 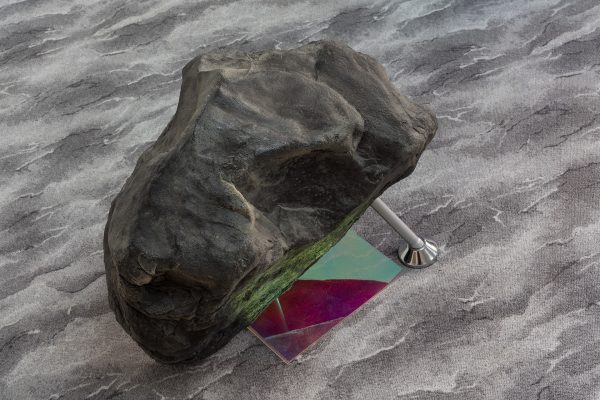 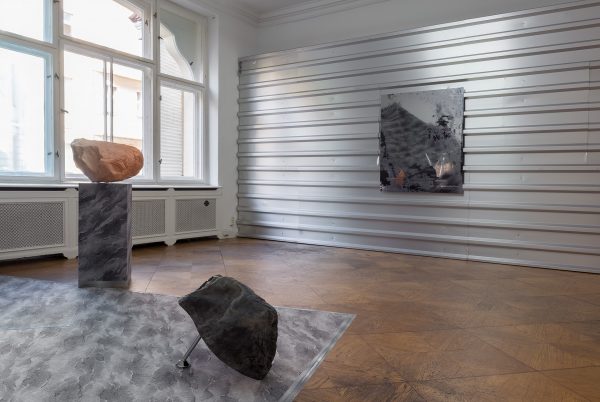 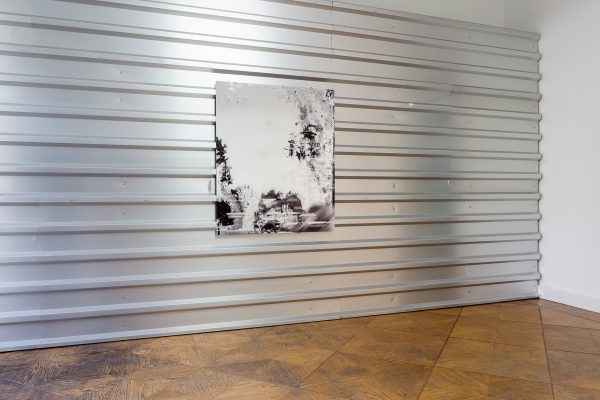 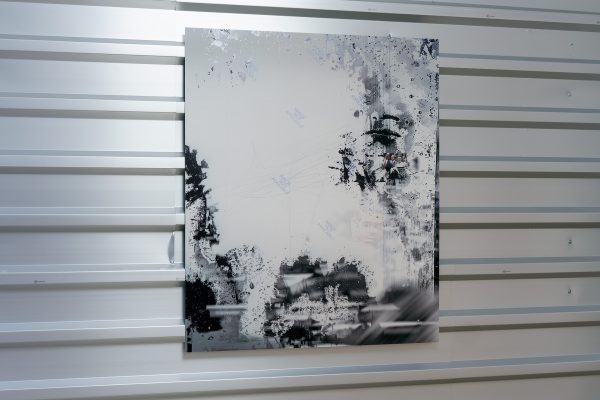 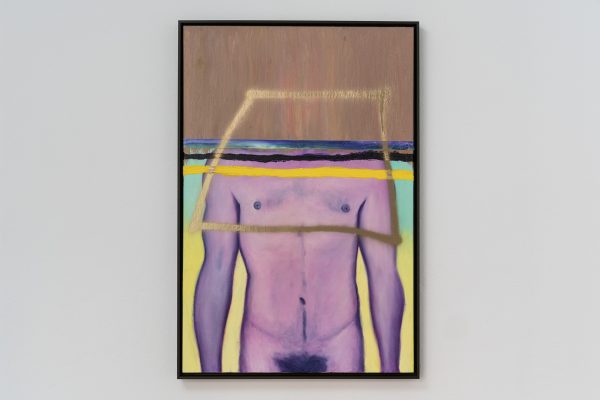